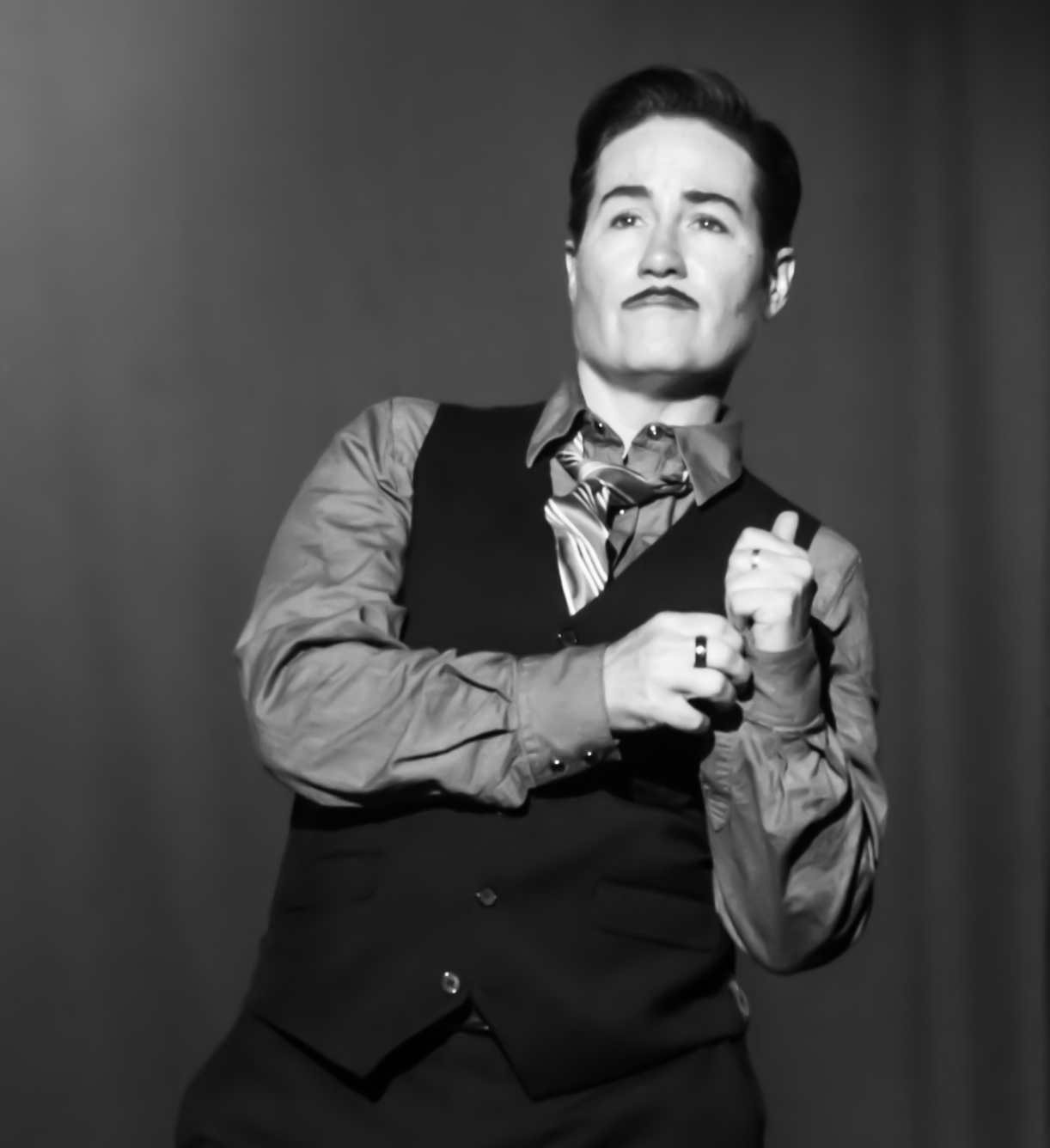 Titus Androgynous is a multi-disciplinary performer from Toronto who has performed and created pieces in genres including burlesque, sketch comedy, red-nose clown and Shakespeare. They have been performing nationally and internationally as a drag king since 2013. Other performance creations include their genderqueer red-nose clown named Dapper, and many Shakespeare roles, including most recently, a drag take on ‘Heleno,’ in a gender-bent and queer AF burlesque version of A Midsummer Night’s Dream called Ill Met By Moonlight. Titus loves drag character work and has done live-singing pieces as Harry Potter, Newt Scamander, and Lord Petyr (Littlefinger) Baelish, among others. They spent the beginning of pandemic reading Drag King Bedtime Stories online, and now they occupy themselves at home with a Zoom Shakespeare group where they can finally tackle all their dream roles!